A springy sweet rice cake that is reminiscent of childhood. 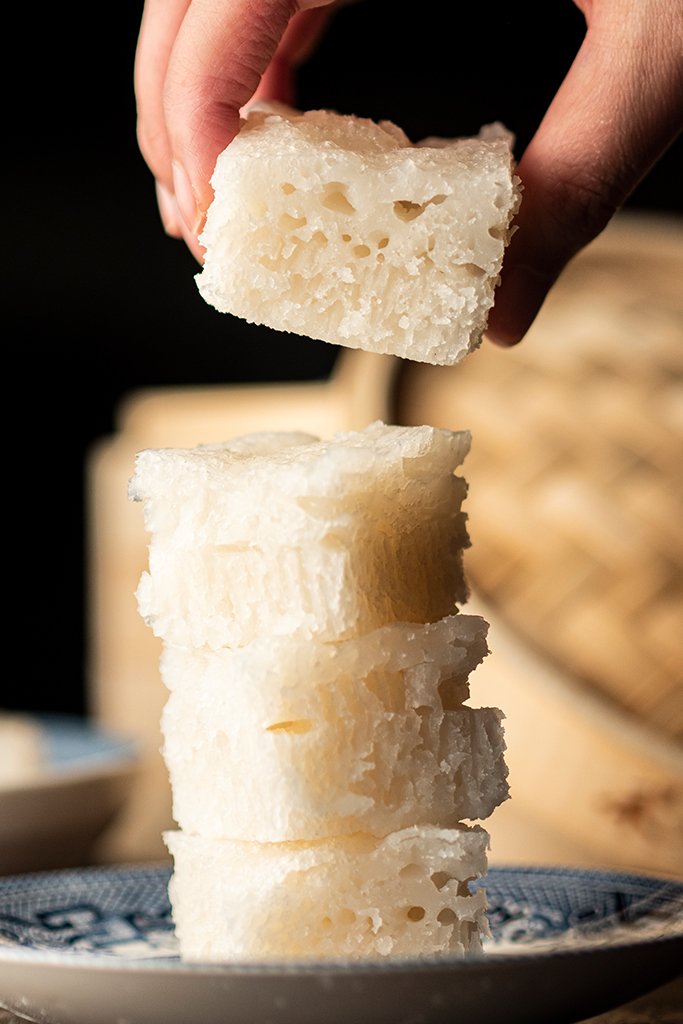 Can you recall any memories when you eat a rice cake? I sure do! I remember going to the small mom and pop shop and buying a bunch of goodies such as manapua, pork hash, and rice cake. That sweet, sweet rice cake! Well, to be honest it’s not so sweet that it gives you a cavity, but it is sweet enough to be what any kid would love to eat.

Yeast and Activating It

Making rice cake is pretty simple once you understand the different components that go into it. The ingredients are minimal but the steps to make it are important. First is to make sure you are not killing the yeast. The yeast is essential in giving the rice cake that “honeycomb” texture and making the cake rise.

Yeast is a living organism and is dormant when bought. So, how do you kill yeast? Yeast can be killed if you activate it in hot water. Generally  you want to use warm water (110°F) to activate the yeast. So please, please don’t kill the yeast! If your rice cake turned into a block of solid mochi, it is likely that the yeast died during the activation. Another indicator is if the bubbles didn’t appear when you proof the batter. 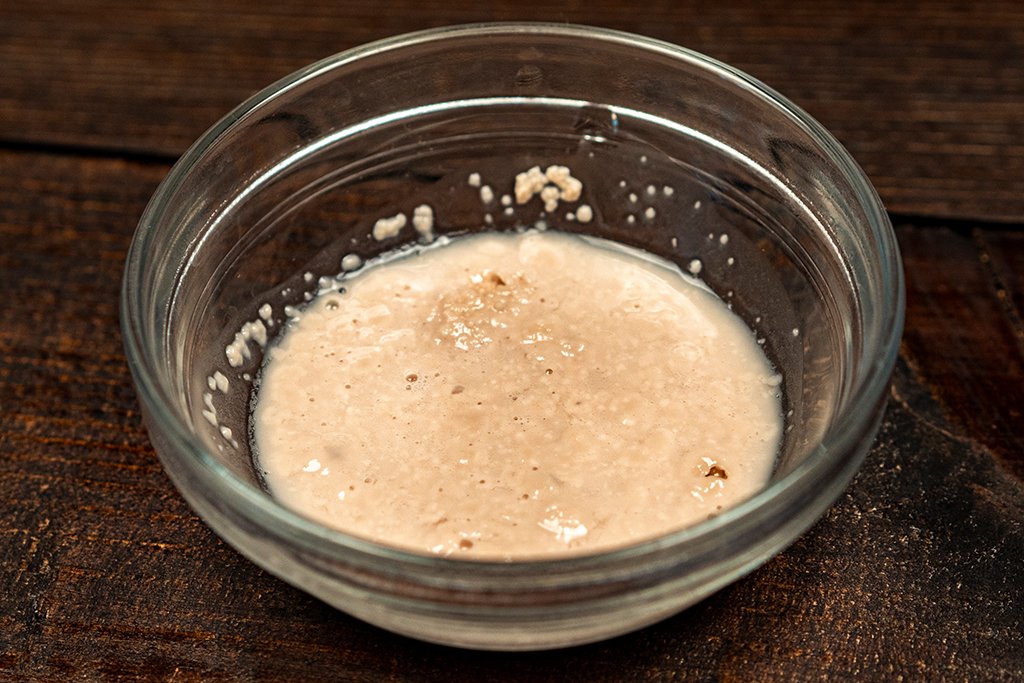 For this recipe, rice flour should be used. It can not be interchanged with sweet rice flour. Sweet rice flour is for more of the sticky and chewy recipes like chi chi dango and butter mochi. Rice flour is perfect for rice cake because it keeps the texture of a cake. Here are links to buy the correct type of rice flour. 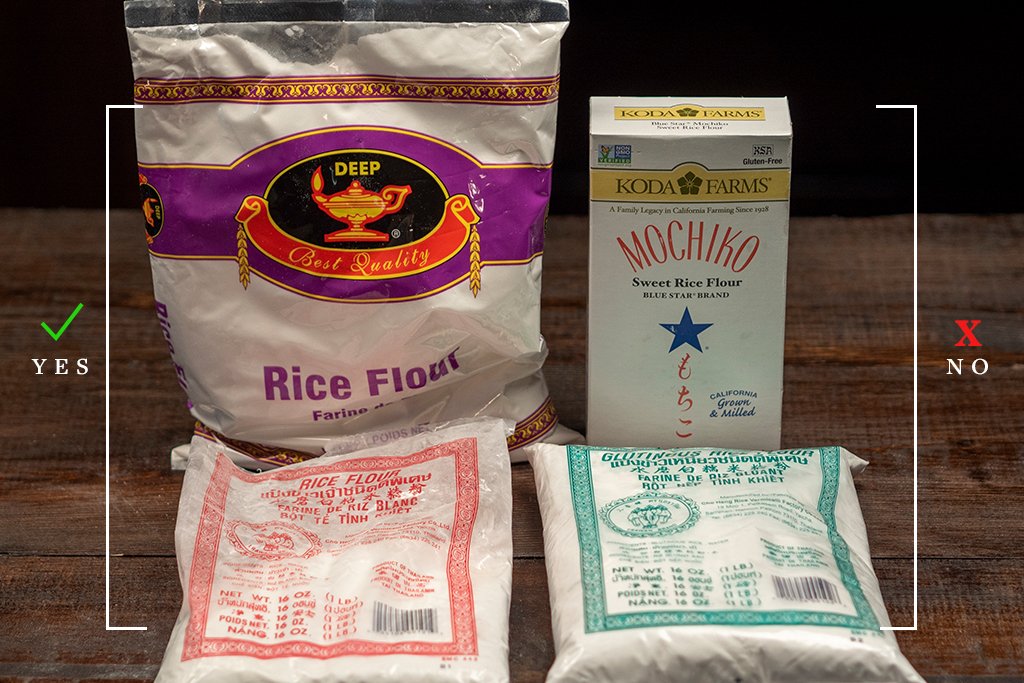 The size of the pan will matter when steaming the rice cake. If your pan is shallower and smaller than a 9 inch pan, you will most likely need to adjust the time of steaming by decreasing it. If the pan is bigger than it is the opposite. Experiment and adjust the timing to how the rice cake is steamed for the pan you will use. For this recipe it is written for a 9 inch pan.

How will you know if the rice cake is cooked? It’s similar to checking if a baked cake is cooked. Use a toothpick and pierce the middle of the cake. If it comes out clean, boom kanani, it is cooked! 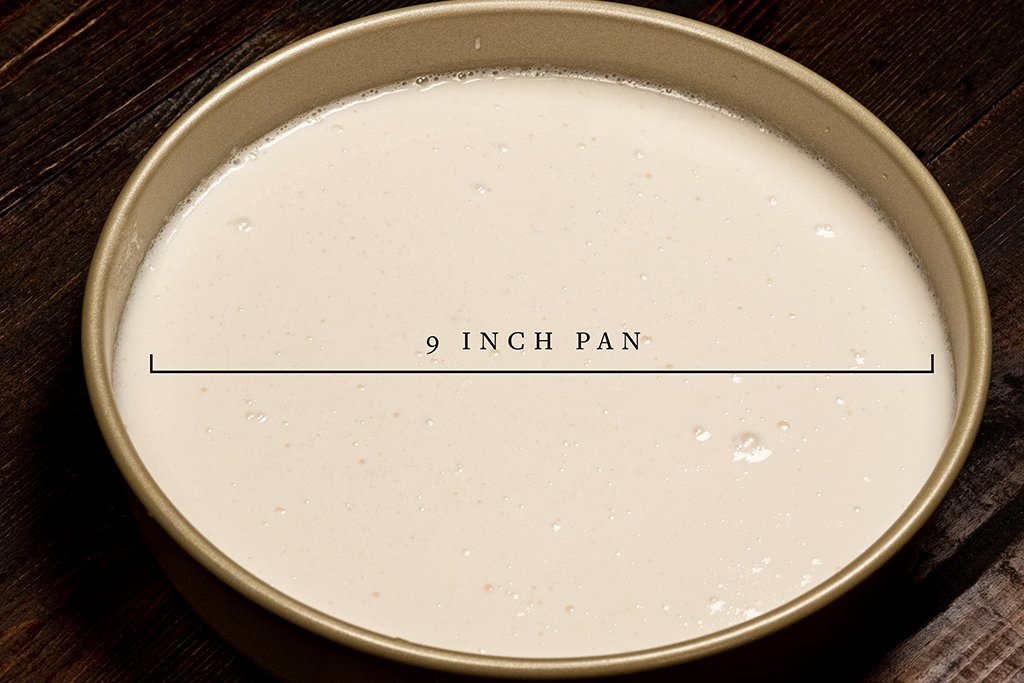 It may seem like a menial tip, but the cover lid is also something to be wary of when steaming the rice cake. Have you seen some kitchen places wrapping the cover lid with a towel? There’s a perfectly good reason why the chef has done that. When steaming or boiling anything in a pot, evaporation occurs. The process of liquid turning into vaporized steam. When a lid is covered over the pot, that steam is then trapped under the lid which then builds up condensation.

When taking the lid off of the pot, sometimes that condensation falls back into the pot. What you don’t want is for that water to drop onto the rice cake. When that moisture touches the cake, it makes the top of the cake goopy. So, to prevent that from happening, Cover the lid in a towel. The towel will then absorb the condensation. Just be sure that the towel doesn’t fall on the burner or fire. Also, if you have a bamboo lid/steamer, you don’t need to use a towel. The bamboo itself will absorb the condensation. 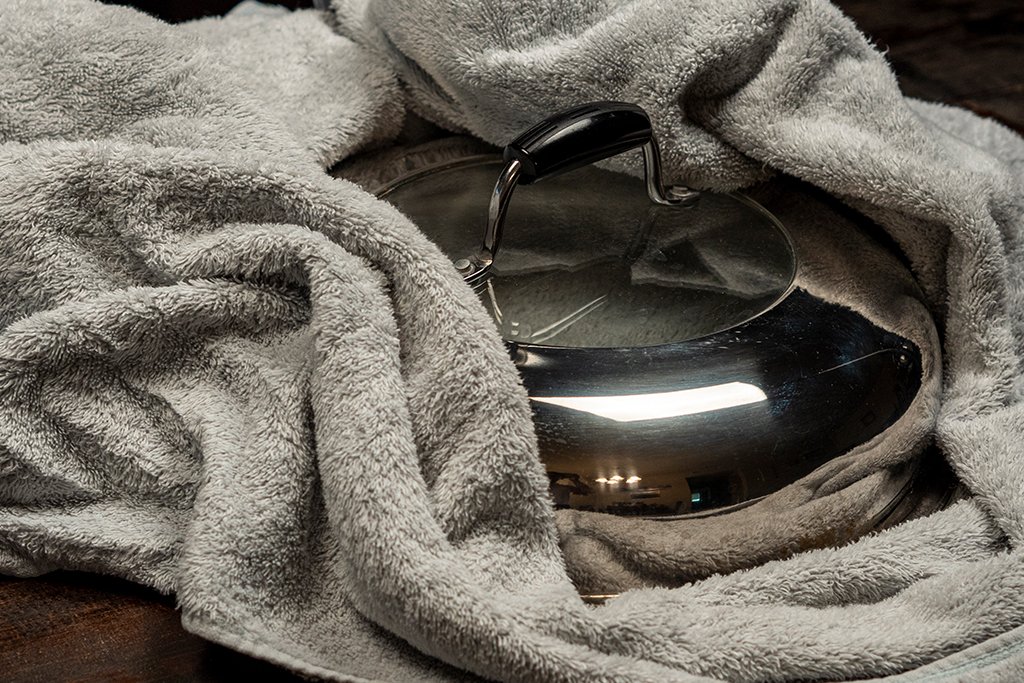 Check out this video to help you gain more insight on how to make Chinese Sweet Rice Cake and how to clean the squid. Also, subscribe to my YouTube to help support me so I can continue making more of these contents. Mahalo! 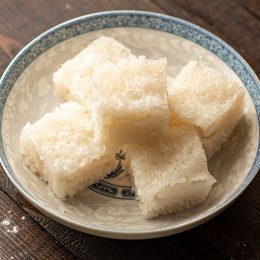 *I added the 1/8 tsp oil to the recipe to give the rice cake more moisture. *When covering the lid, be careful to not let the condensation from the lid drop onto the cake. You can prevent this by wrapping the lid with a towel. Using the towel will naturally absorb the water. If you are using a bamboo lid, you can skip this tip.
Keyword cake, honey comb, rice, rice cake, steamed, sweet, white
Previous Post Next Post 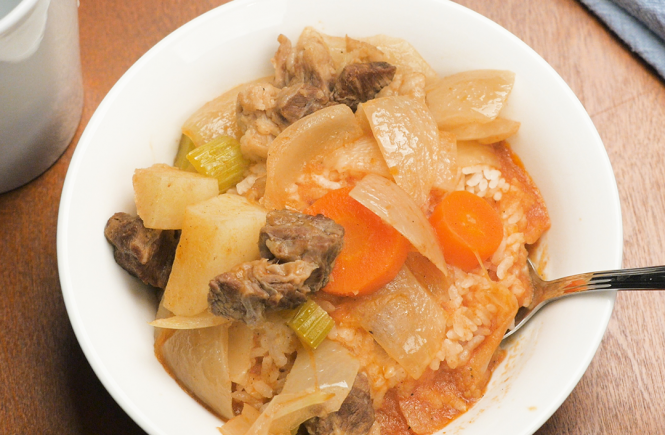 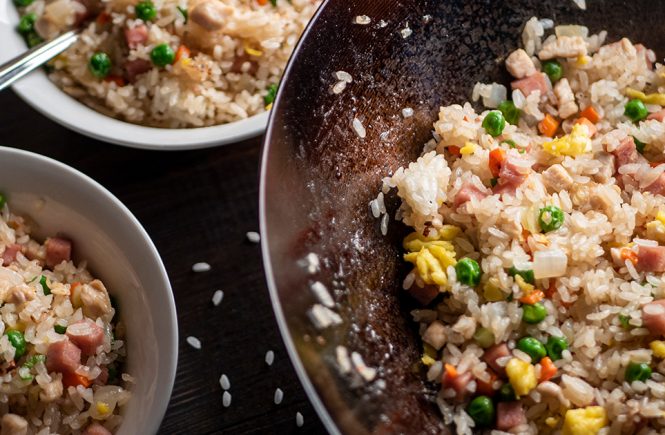 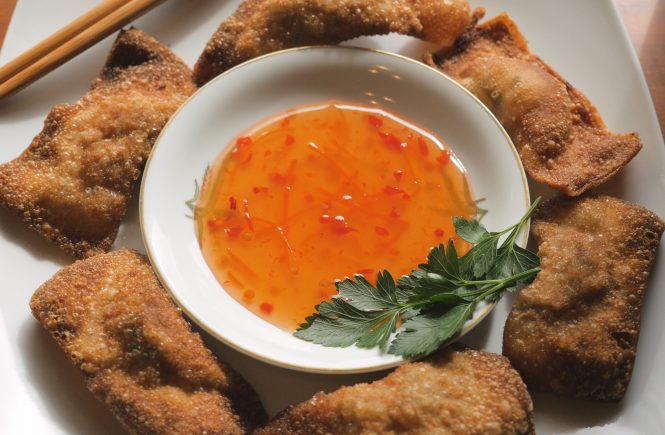 I was confused with the instructions when it said that if you had a bigger and deeper pan that you needed to decrease the time.
also what happens if you over cook it. I had a deeper pan and i think i overcooked it and it didnt turn out how I thought.

Ah sorry that was a mistake on my end. It should've been the opposite. If it was overcooked, decrease the amount of time to steam it. You'll need to keep an eye on it by poking it with a toothpick every 2 minutes until the toothpick comes out clean.

Hi. Maybe you can explain what went wrong. I steamed it for 20 minutes, and the toothpick came out clean, but the outside of it was gooey and the inside was completely dry and crumbly. Very disappointing because I followed your instructions, and I watched the video.

Hi Diane! Sorry to hear about that! It is possible that the condensation from the steam will drip onto the top of the cake, making it gooey. I've also heard that a few Chinese cooks that make rice cake actually put on some oil after the rice cake finishes to make it more "moist." This recipe is a hard one. It takes a lot of experimentation to nail it. I've had to try this out at least 5x for it to finally work for me.

Can I use fast acting instant yeast