An elegant and sweet desert with a vibrant purple middle to the pie. 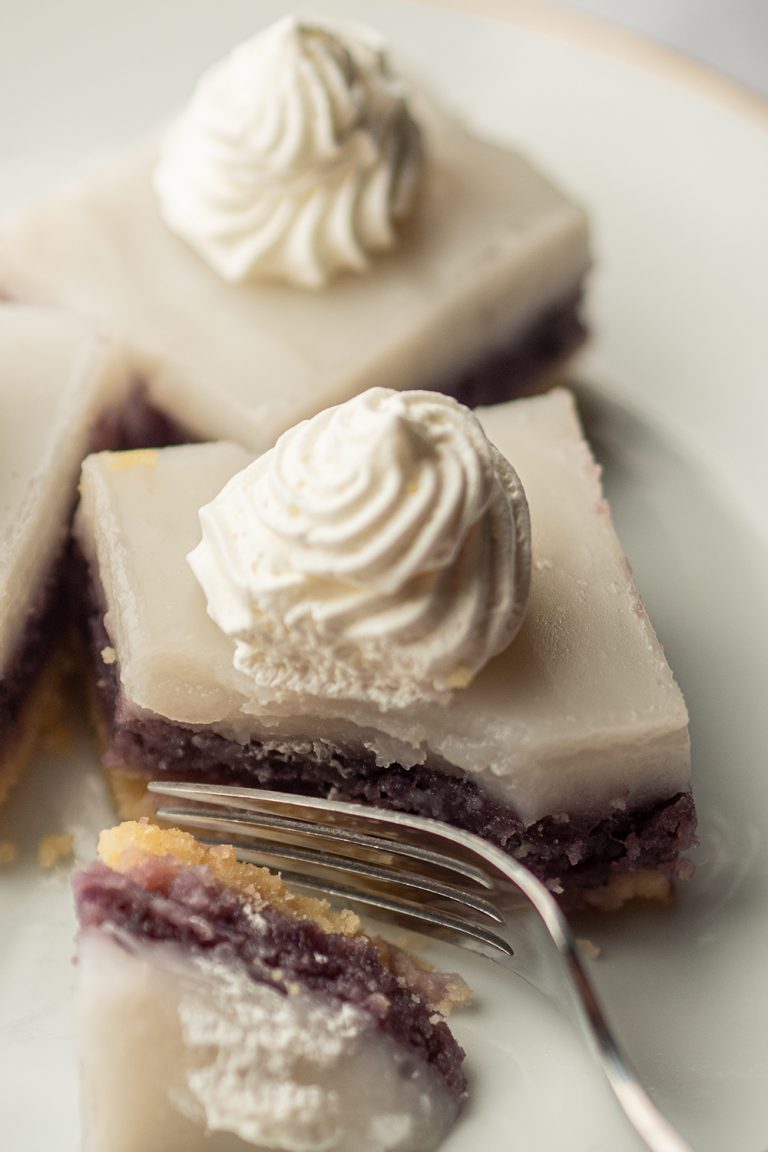 The first time I was introduced to the wonderful dessert was when I was at my grandma’s house in Kailua. All the cousins, uncles, and aunts were over for a family potluck. After we were all pau (finish) eating, the desserts were brought out. My aunt brought over one of those big foiled pans covered in foil. After she unwrapped it, all I saw was just a white a layer, which I assumed was haupia. I thought “Eh why not try it, I haven’t had haupia in awhile.” To my pleasant surprise, not only was there only a haupia layer, but it had a mystery purple layer and a crunchy shortbread layer. First bite I took, had me mystified. Second plate I was over the moon. Third plate, I wish I didn’t eat too much of that sushi bake. Fourth plate, I had to get the recipe. Fifth plate, I wanted to take the whole pan home. Sixth plate, my family was teasing. So, here we are!

What is the Purple Layer?

The purple layer is mashed Okinawan Sweet Potato. It a popular sweet potato grown locally in Hawaii. It made its way to the Hawaiian islands thanks to the Japanese. The sweet potato actually thrived in the islands due to its rich volcanic soil.

Sometimes people can get the Okinawan sweet potato mixed with Ube (pronounced ooh-bae). It’s totally understandable because they look and taste slightly the same. Ube is pretty much a purple yam that is popular in the Philippines and used quite commonly in desserts.  The only difference is that Okinawan sweet potato grows underground like a potato while ube grows above ground on vines. Despite that one difference, it is totally fine to use the two ingredients interchangeably. 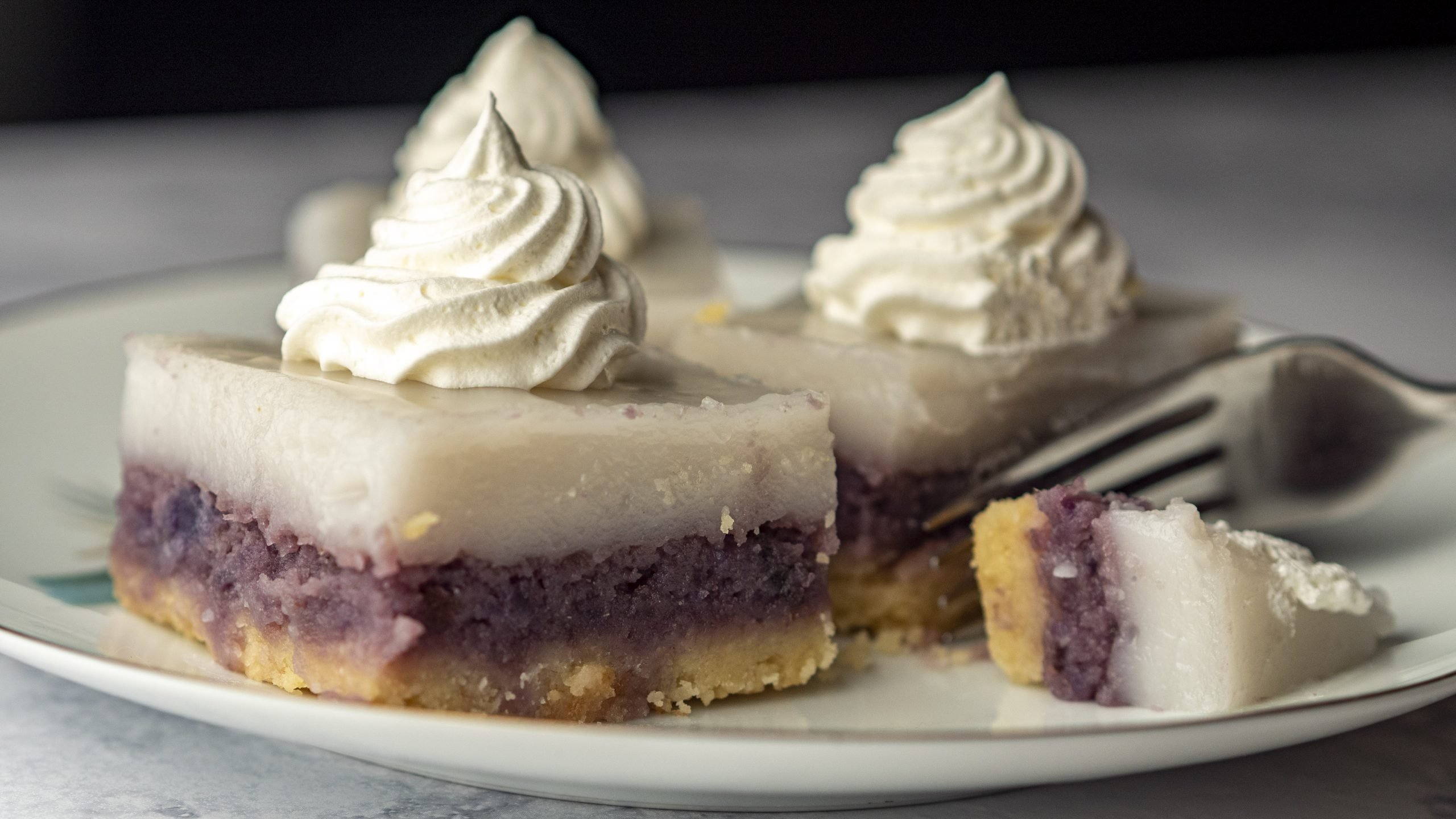 How to Cook the Okinawan Sweet Potato

It’s quite simple to use in this recipe:

It’s pretty much the same as regular potatoes, except these potatoes are purple. 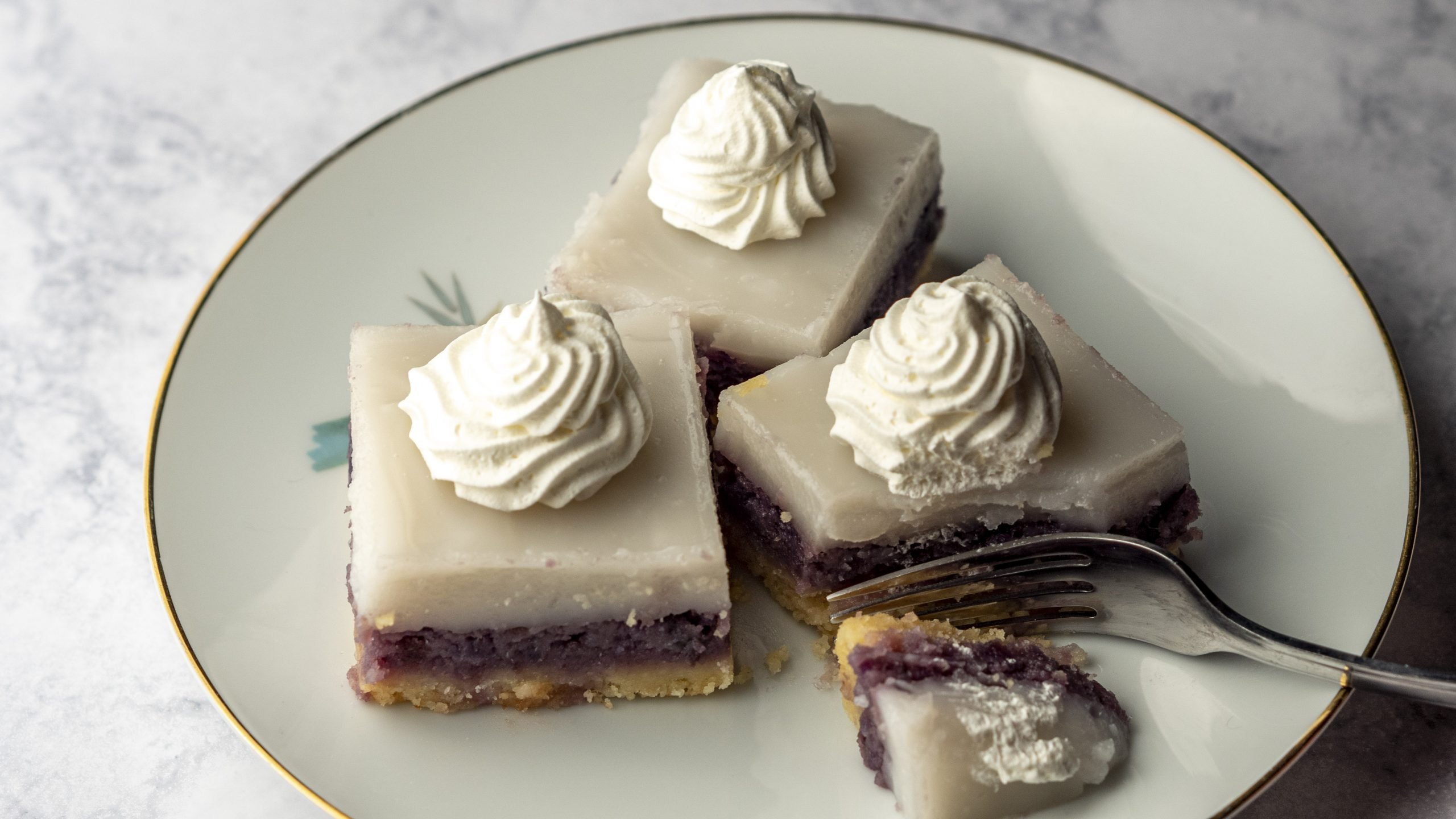 Check out this video to help you gain more insight on how to make Okinawan Sweet Potato Haupia Pie. Also, subscribe to my YouTube to help support me so I can continue making more of these contents. Mahalo! 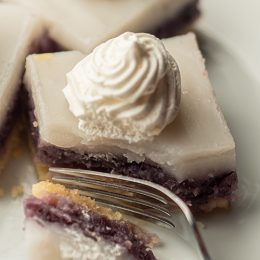 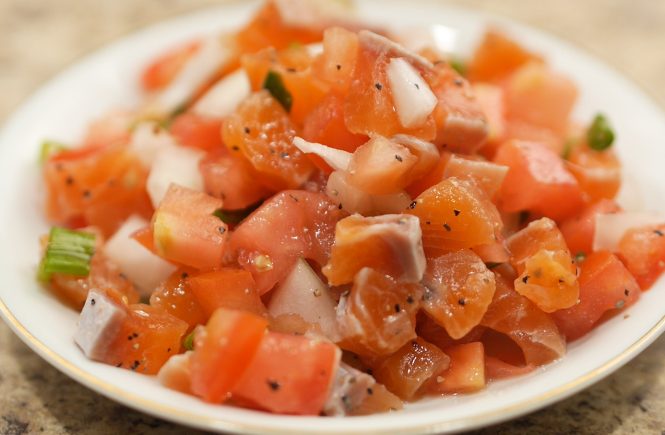 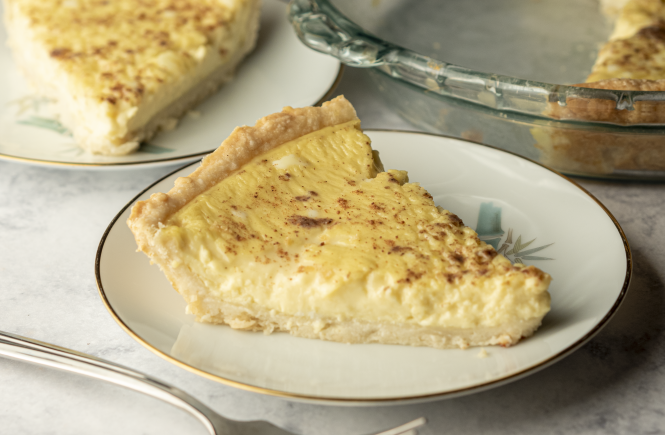 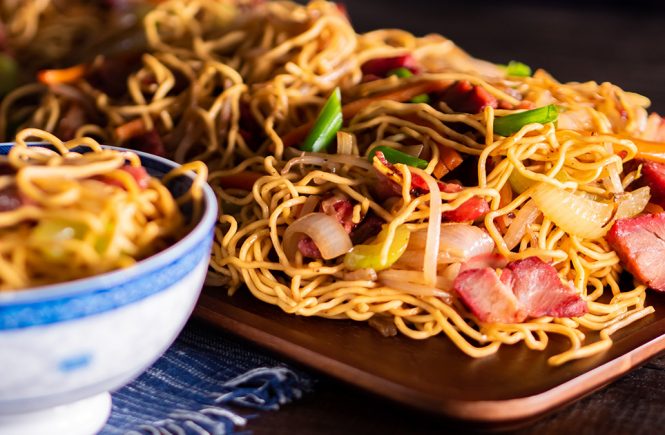 Thanks for the recipe! You are missing eggs in the ingredient list. Anyway, i had all the ingredients at home so I am trying it out for the first time. It’s chilling now, so gonna enjoy it later 🙂

Ohhh! Thank you so much! I’ll update it right now. Let me know how it turns out 🙂

I just sneaked a piece while the kids are napping. Mmm sooo good. And I’m delighted I can make it myself if I really wanted to. Tempted to eat another but I will wait to enjoy with my family 🙂 thanks again!

I just made this and it was fabulous. My hubby couldn’t stop eating. I don’t know what I did wrong but when I made the sweet potato part it was so runny. I ended up putting little over 4 cups of sweet potatoes just to get the same consistency as in your video. It still tasted amazing though. My husband said reminded him for his childhood.

i tried to skimp on the butter, so the crust was a little crusty . i substituted stevia for sugar and used a mix for the haupia. it is pretty darn good!! i also put organic dried coconut flakes in the haupia. used walnuts in crust i like all the Crunch!

Do you have to use the additional milk when making the haupia portion?

Totally 5 stars! Thank you for this recipe! Everyone loved it. I followed and it came out perfect!

I’m so happy to hear that!!